Report2021/4/8
This evening's highly anticipated match between Champions Albirex and big-spenders challenger Lion City Sailor at Jalan Besar Stadium, served up to its Billings with both teams serving up exciting attacking football. 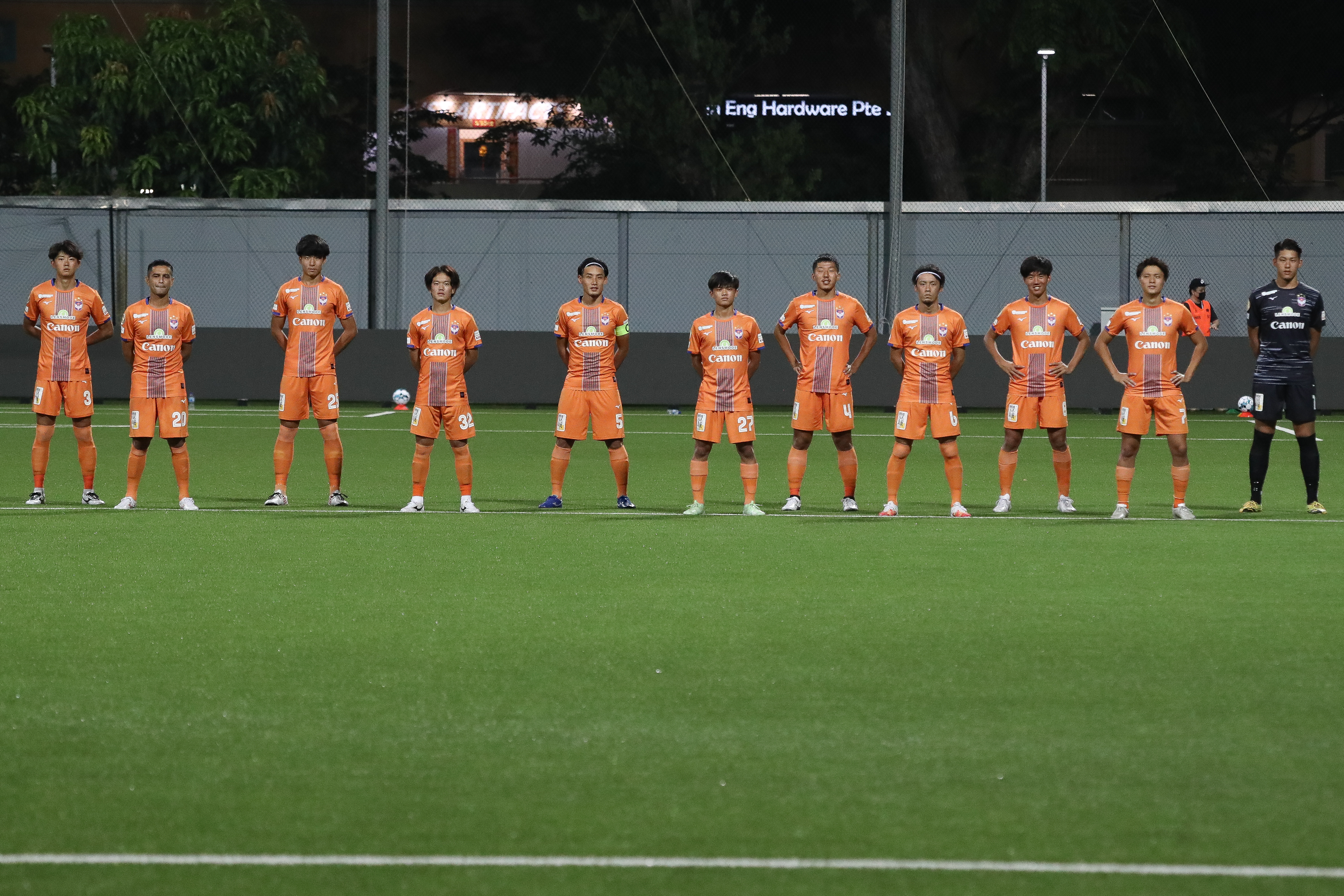 Albirex took the lead first when centre back Yamashita Shuya turned in a Kondo Kuraba corner kick in the 17th minute. Kondo is making his first start for the season after his debut on Sunday. He replaced striker Tsuboi who is still recovering from a concussion suffered on Sunday. 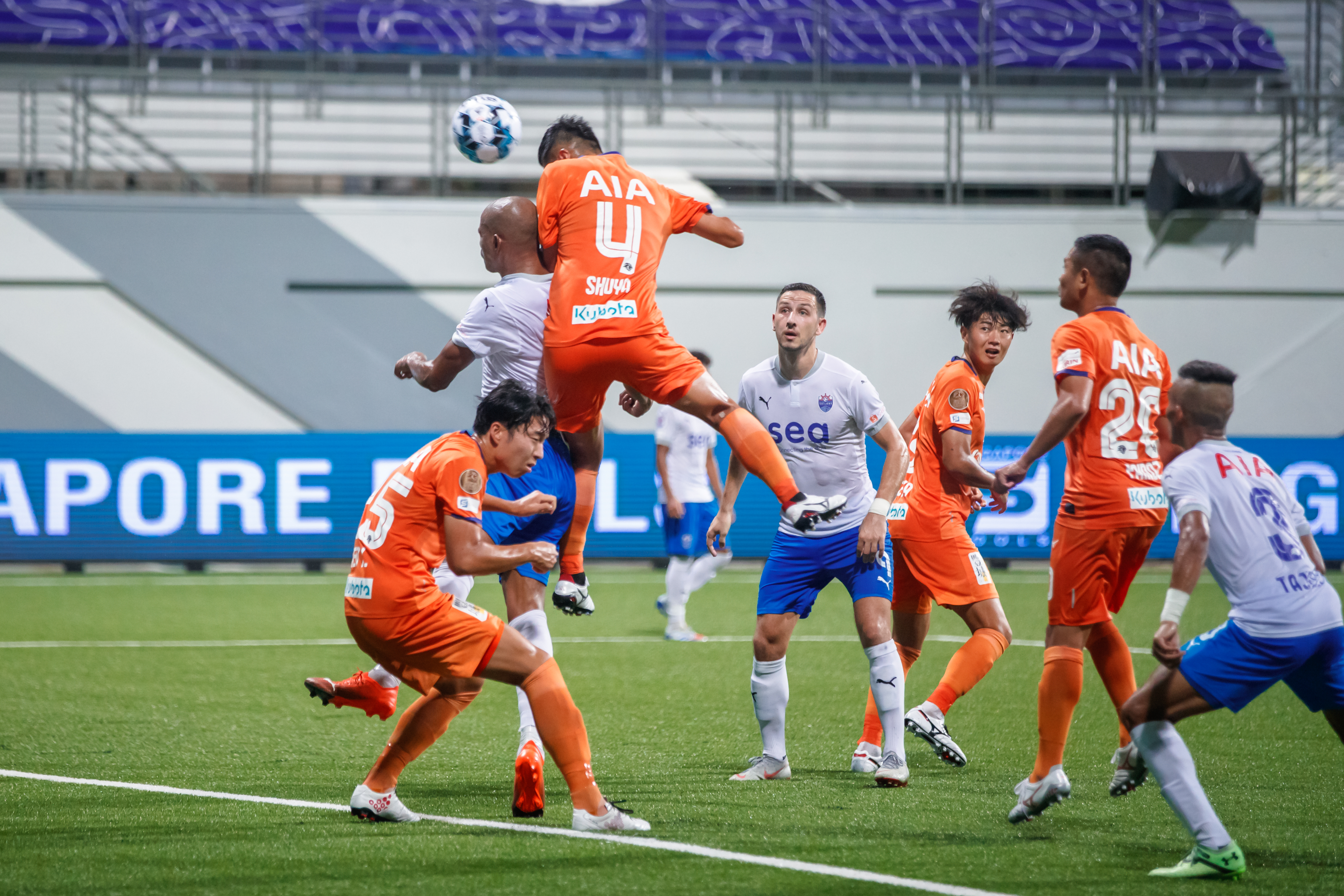 Through another corner kick by Kondo again in the 42nd minute, Yamashita Shuya, again, powered in a header to give the White Swans a 2 nil lead.

However, just before half time, Sailor's striker Stipe Plazibut headed in left back Nur Adam's deep cross to pull a goal back. 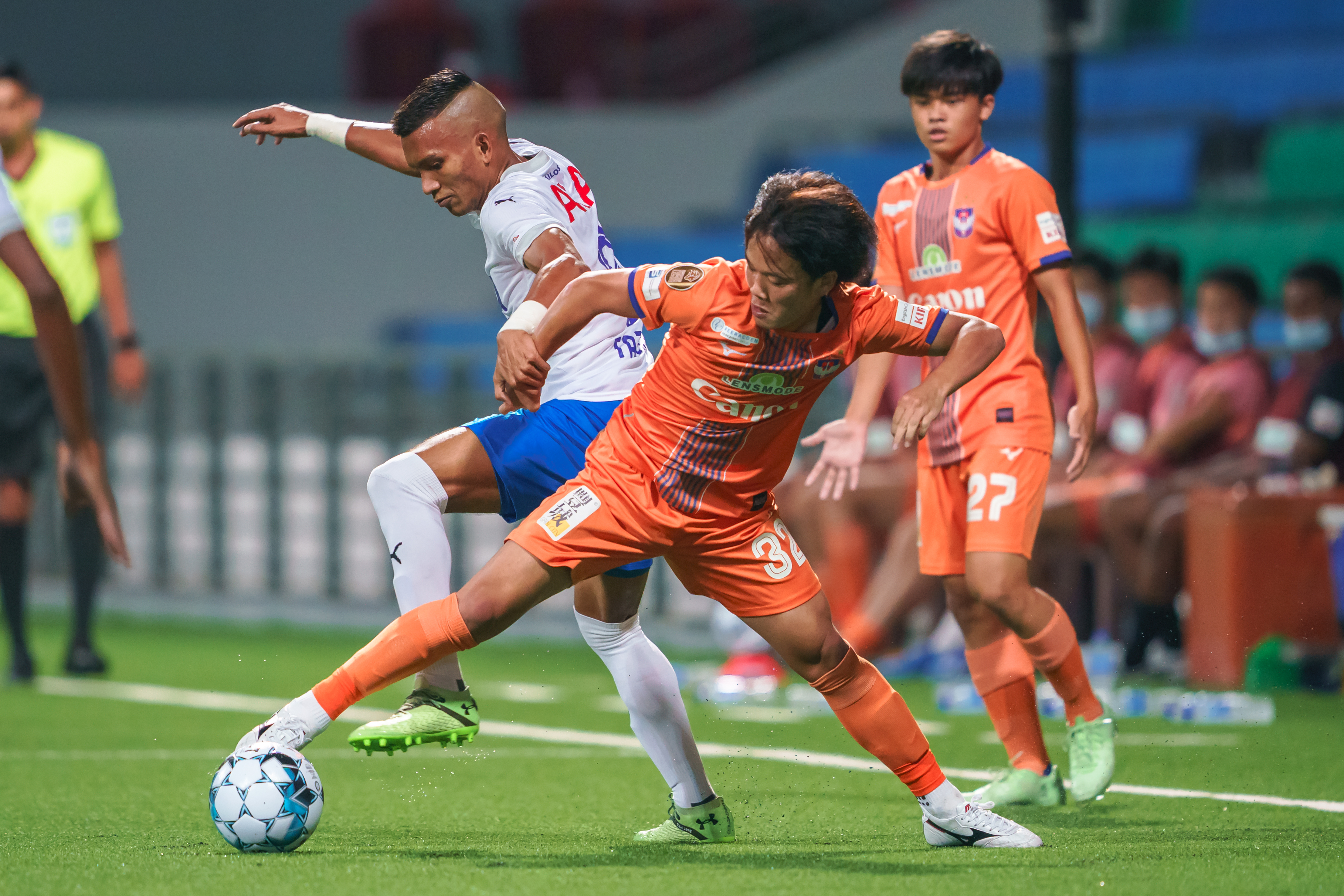 In the 2nd half, Sailors tried hard to get an equaliser. But at the same time, gaps was also opening up for the White Swans to get a third goal. 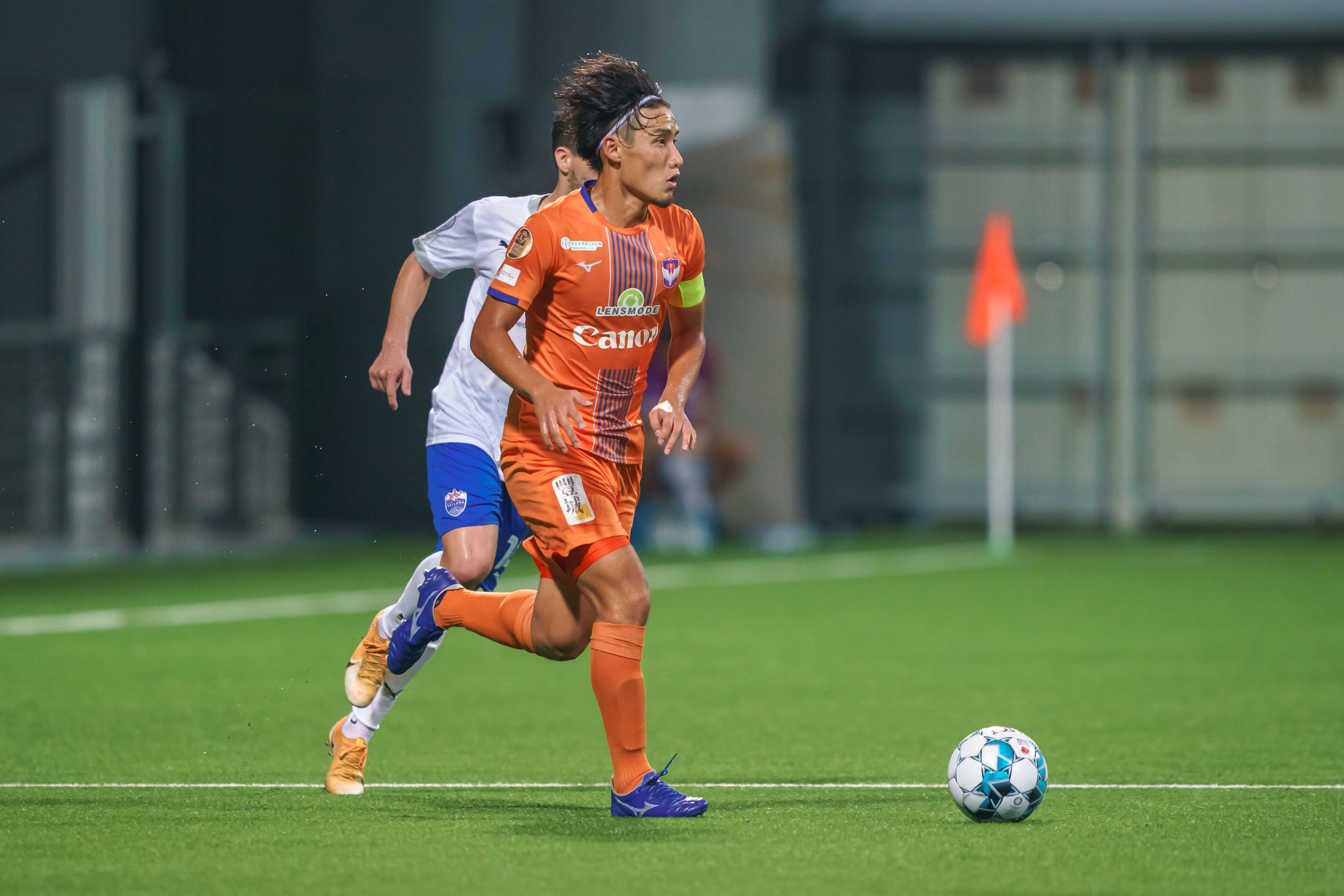 Captain Hashioka and striker Taniguchi Ryoya had good chances, but they fluffed their shots.
On the other hand, Plazibut had a penalty kick but keeper Koga made a good save to his right to thwart Plazibut. 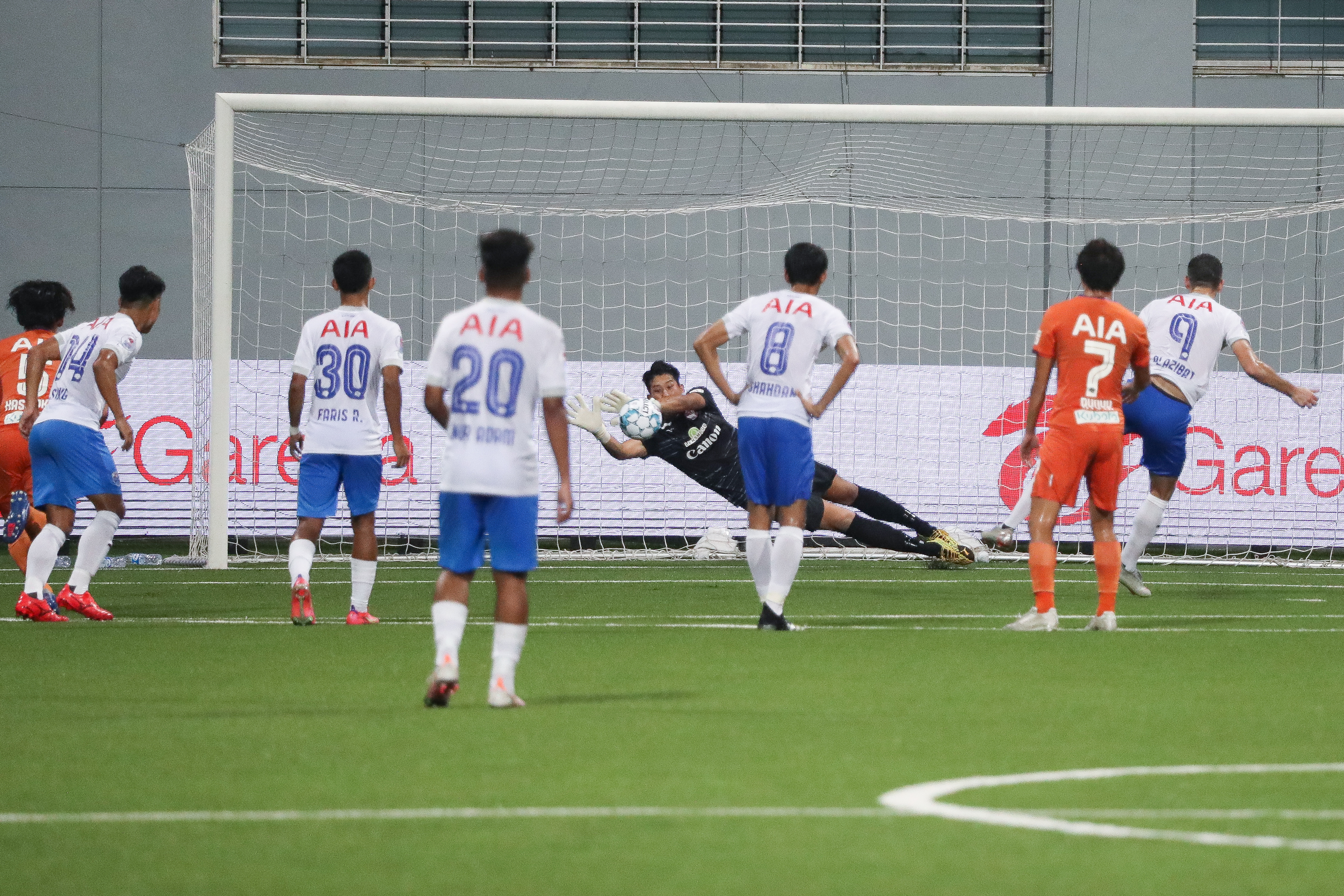 The White Swan's defence was finally penetrated when Sailors giant centre back Jorge Felipe went up to attack and headed in an unstoppable cross.

The match was a good entertainment for fans as both teams ended all square at 2-2.

The White Swans will next face Tampines Rovers at Jurong East Stadium this Sunday, 11 April.