Report2021/7/24
The White Swans paid for its wastefulness in front of goal this evening in a top-of-the-table clash with Lion City Sailor at Jurong East Stadium. 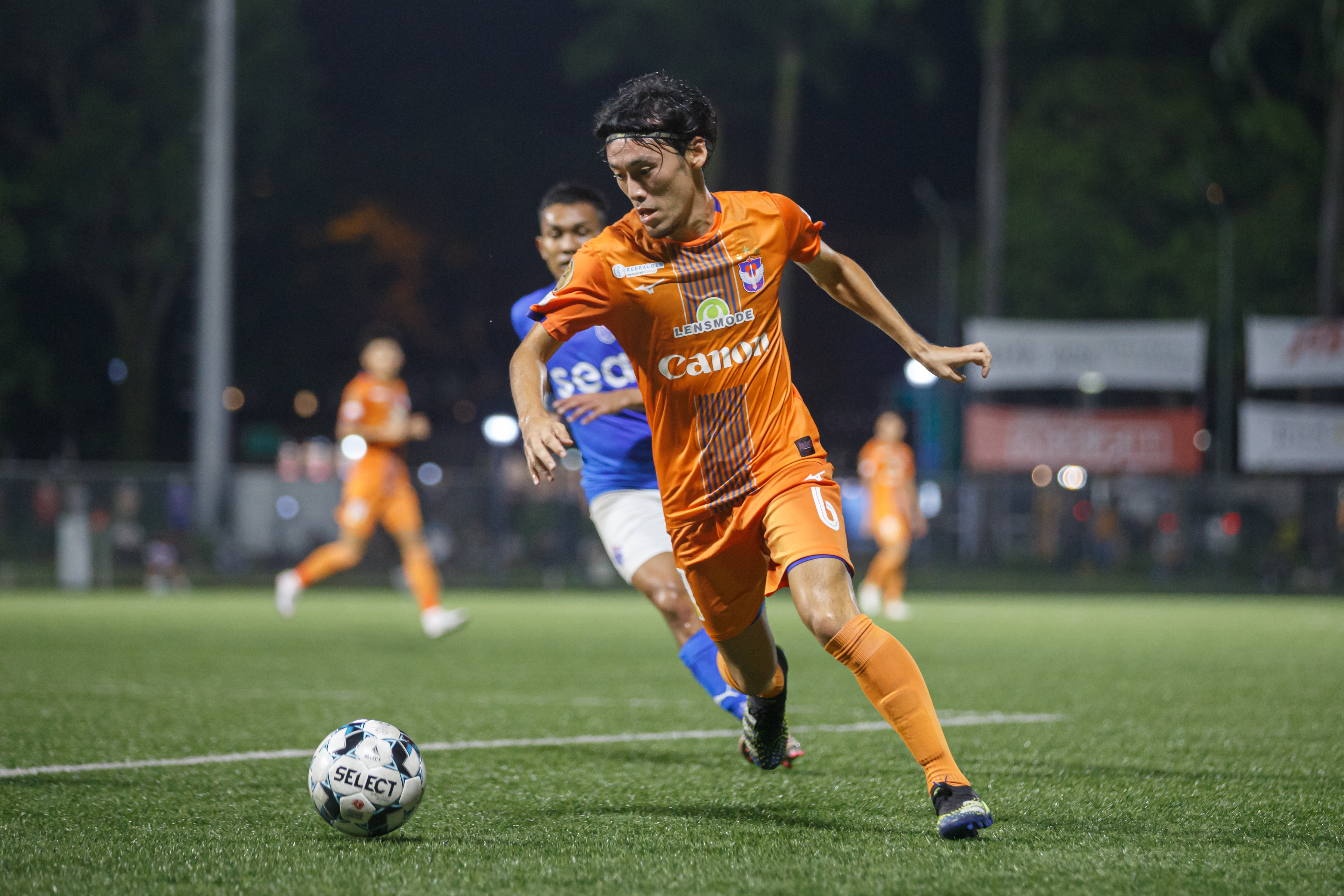 In the first half, attacking midfielder, Ryosuke Nagasawa shot straight at Hassan as early as the eighth minute and brought out a finger tip save from Hassan at the 32nd minute. 3 minutes later, Centreback Reo Kunimoto arrived late at a Chiku set piece but his shot was blocked by Hassan again. 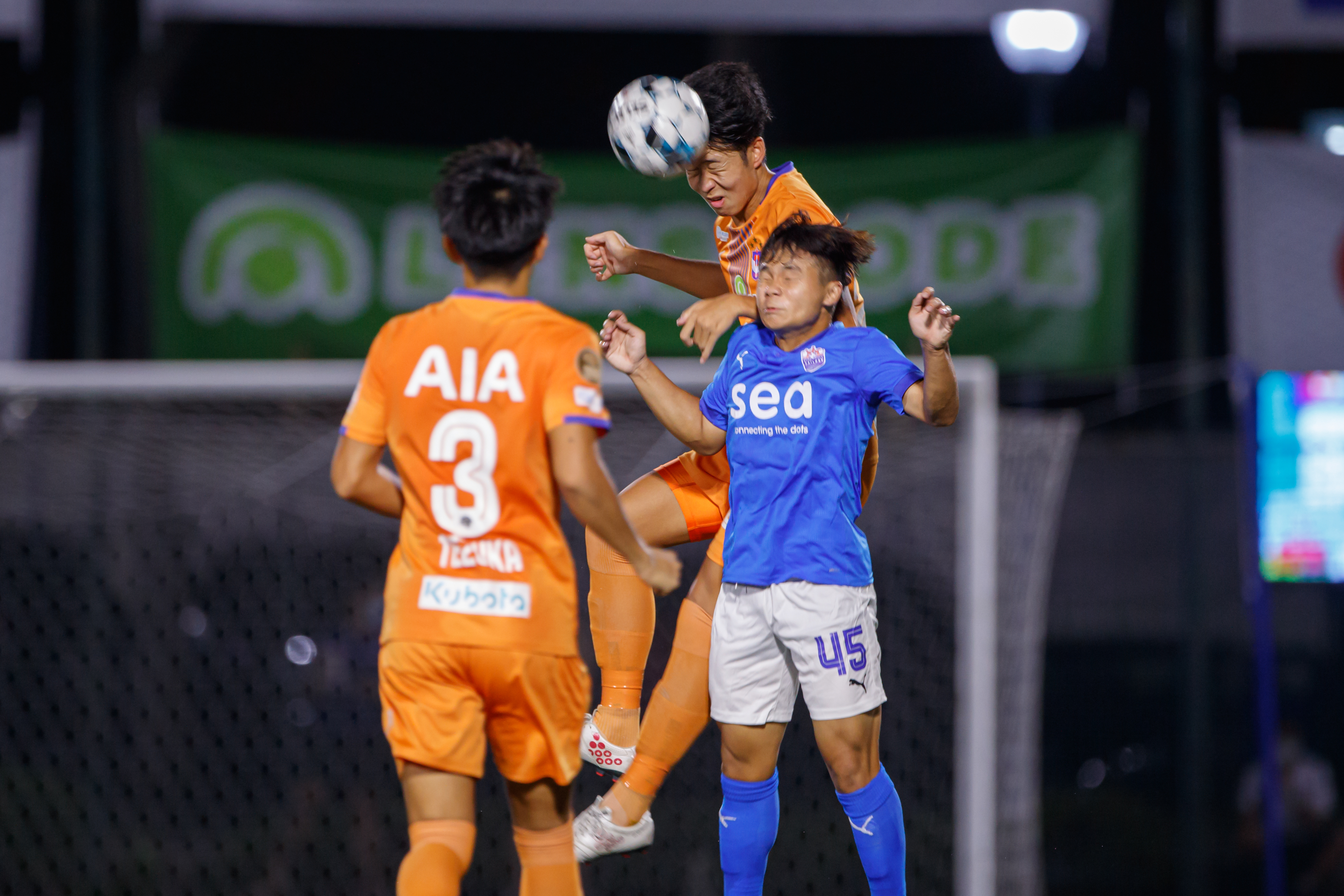 It took a foul at the edge of the box on left back Yu Tokiwa for forward Ryoya Taniguchi to break the deadlock with a penalty at the 45th minute. 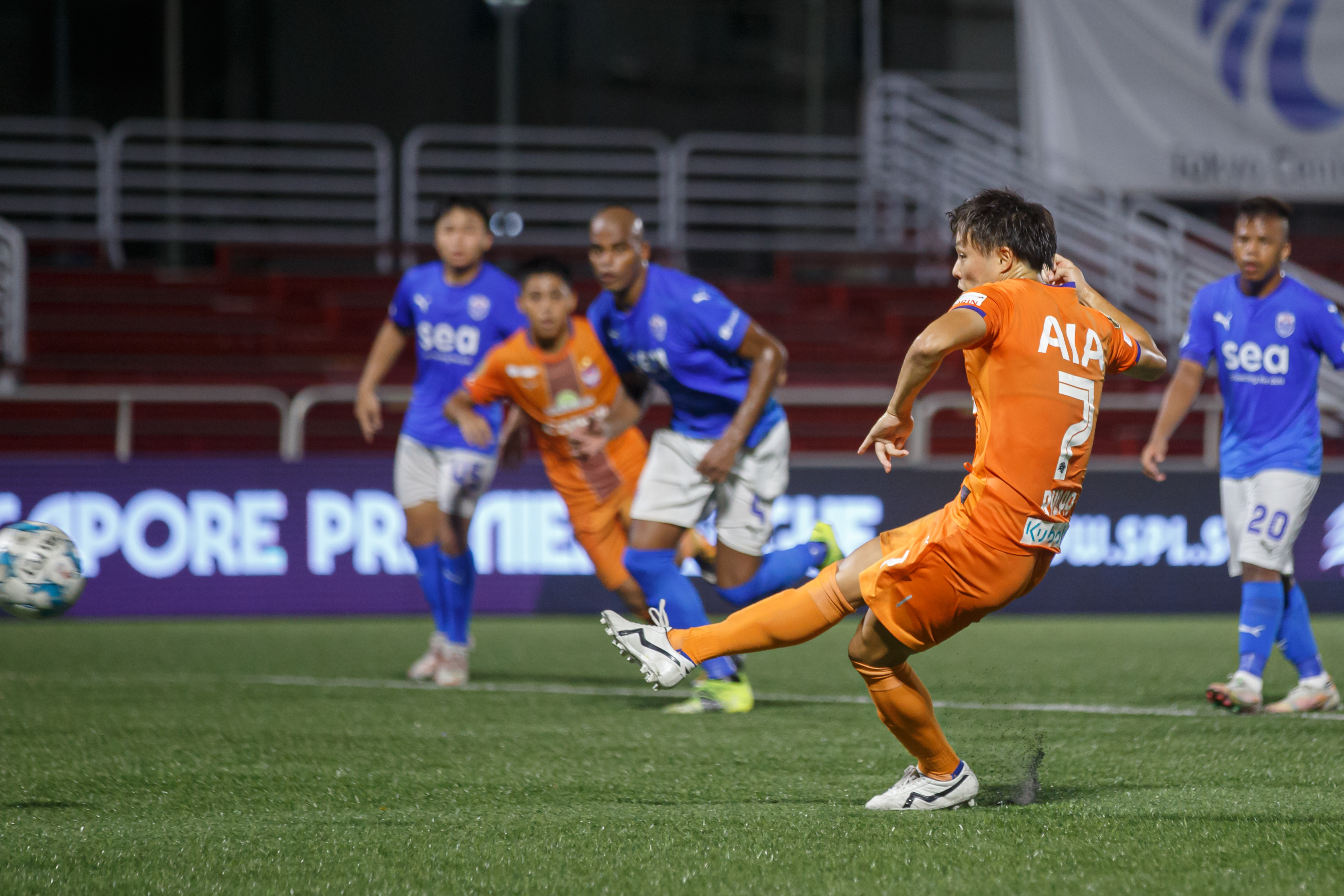 The White Swans lead 1 nil at half time.

Lion City Sailors brought on $3million playmaker Diego Lopes in the 2nd half.

However, the White Swans did have chances to kill the game off. Singapore striker Nicky Melvin Singh beat Sailors Centreback Jorge Felipe for pace and chip the ball over an onrushing Hassan. However, he could not guide the ball into the net. Substitute Kuraba Kondo also brought out another finger tip save from Hassan. Lion City Sailors made the White Swans paid for its profligacy when Diego Lopes thread a needle-like pass to Hafiz Nor who whipped the ball from the left flank for striker Stipe Plazibat to tap in. 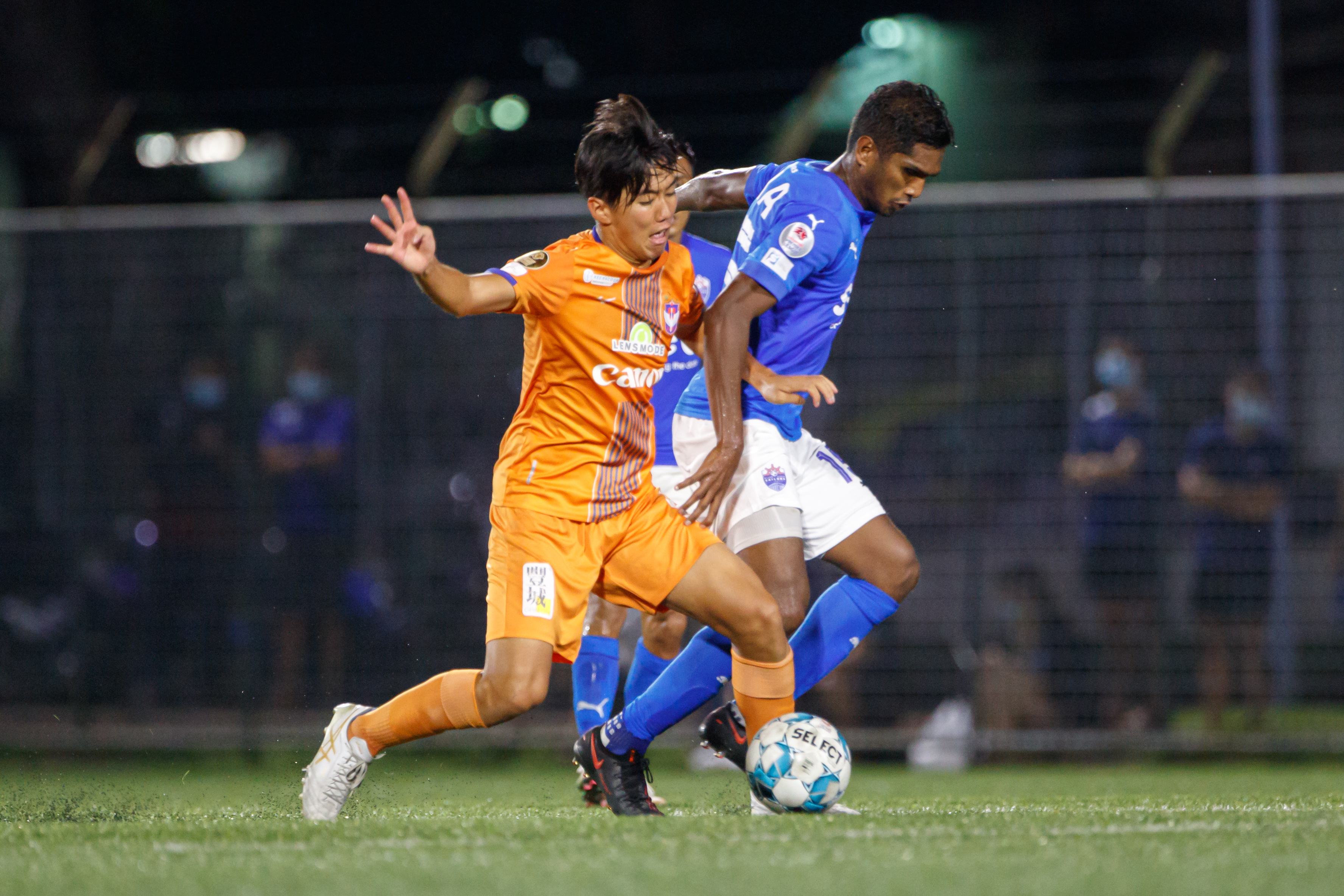 The Sailors seemed to have the better fitness of the 2 teams as they closed out the game stronger with more pressure on the home side, as they are faster to the tackles and second ball. However, they could not find the winner as the White Swans held firm.

With the draw, the White Swans remain on top of the table with a slim 1-point lead over the Sailors.

Albirex will visit Hougang Stadium next Friday, 30 Jul, to take on Hougang Utd FC. Kickoff is at 7.45 pm. 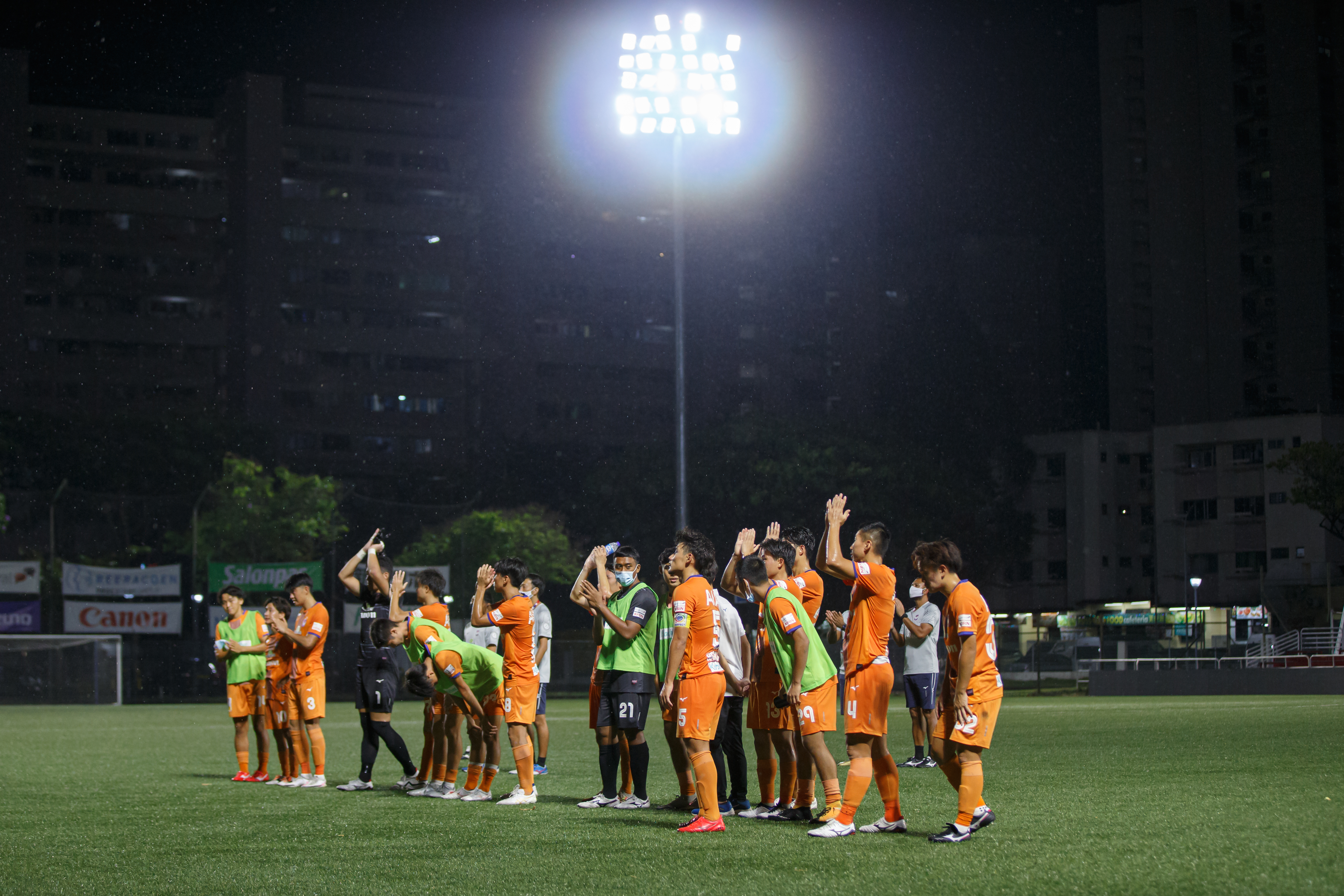