Report2022/6/24
In a tightly contested match this evening between the top 2 sides in the country, White Swan's striker Kodai Tanaka's superb volley in the 54th minute proved to be the difference between Albirex and last season's Champions Lion City Sailors. 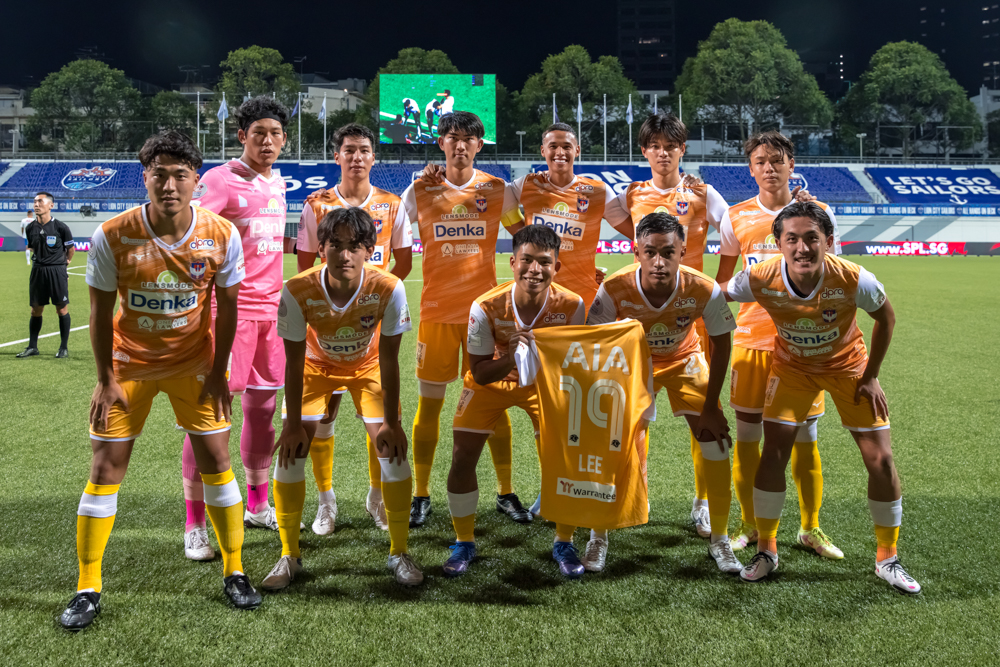 Sailors had a 6 point lead over Albirex before this game. If the White Swans win this game, they would narrow the gap to 3 points and keep the title chase alive. A loss would widen the gap to 9 points which may be a bridge too far. 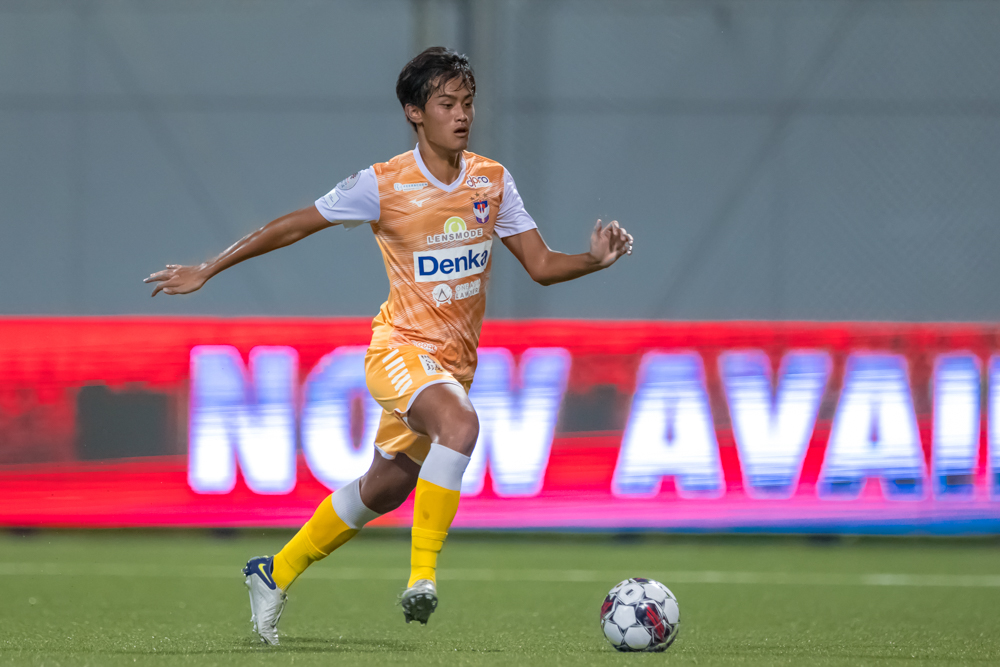 Both sides started the first half competing in midfield. The White Swans were happy to let the Sailors dominate possession while making swift counter attacks. It was like 2 super heavy weight boxers trading punches with neither giving each other an inch. 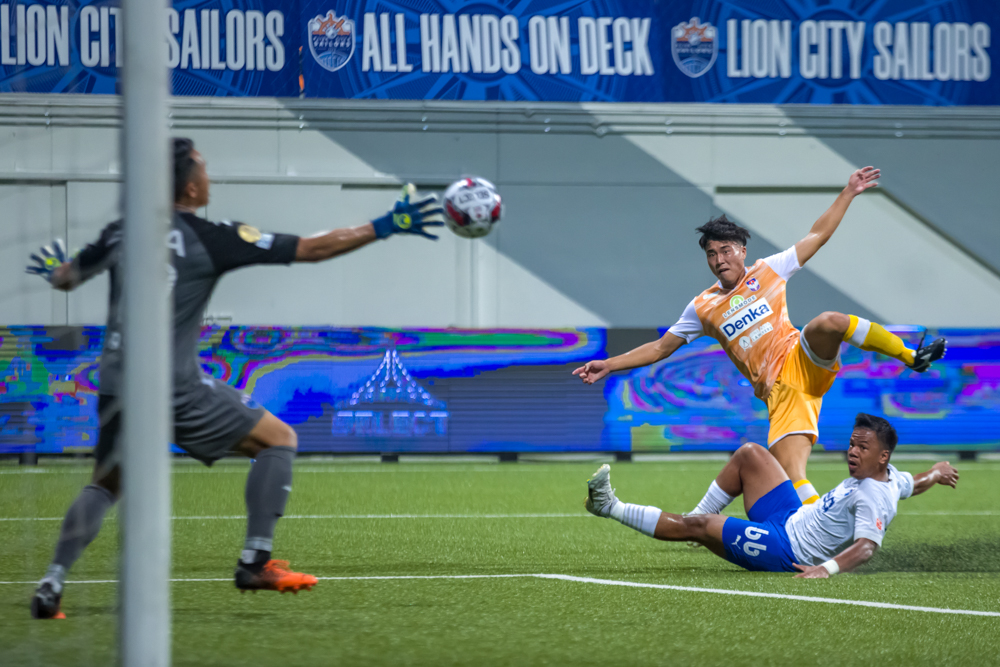 Sailors made the breakthrough in the 42nd minute when their ex Korean International Striker Kim Shin Wook shook off the attention of Albirex Centre Back, Jun Kobayashi to head in a corner. 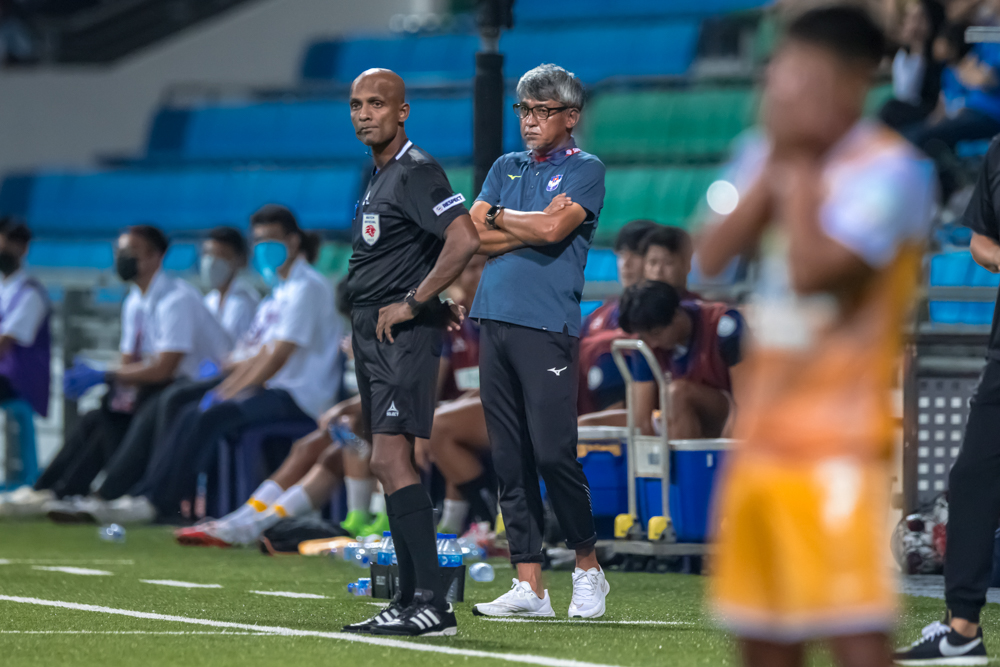 However, the lead was short-live. Just before half time, Albirex set-play specialist Masaya Idetsu floated in a free kick from the left wing which deceived everyone and the ball went into the top right corner of the net.

Half time could not have come much quicker after the goal as both sets of players and fans took a breather from the pulsating action.

The White Swans made a change at half time as centre back Reo Kunimoto replaced Zamani who was on a yellow card in the first half. 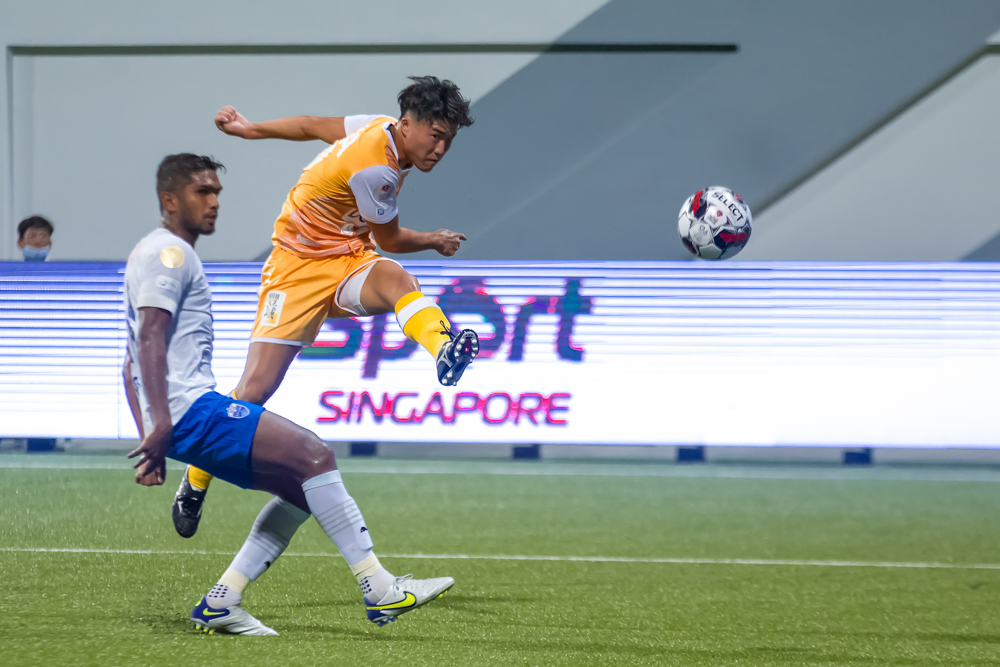 Albirex's playmaker Kan Kobayashi started to have more grip on the game and dictated play from the middle of the park. At the 54th minute, Kan Kobayashi found Tanaka with a long ball over the Sailors defence. Tanaka let the ball bounced once and hit an unstoppable volley across Hassan Sunny's goal into the top right corner. 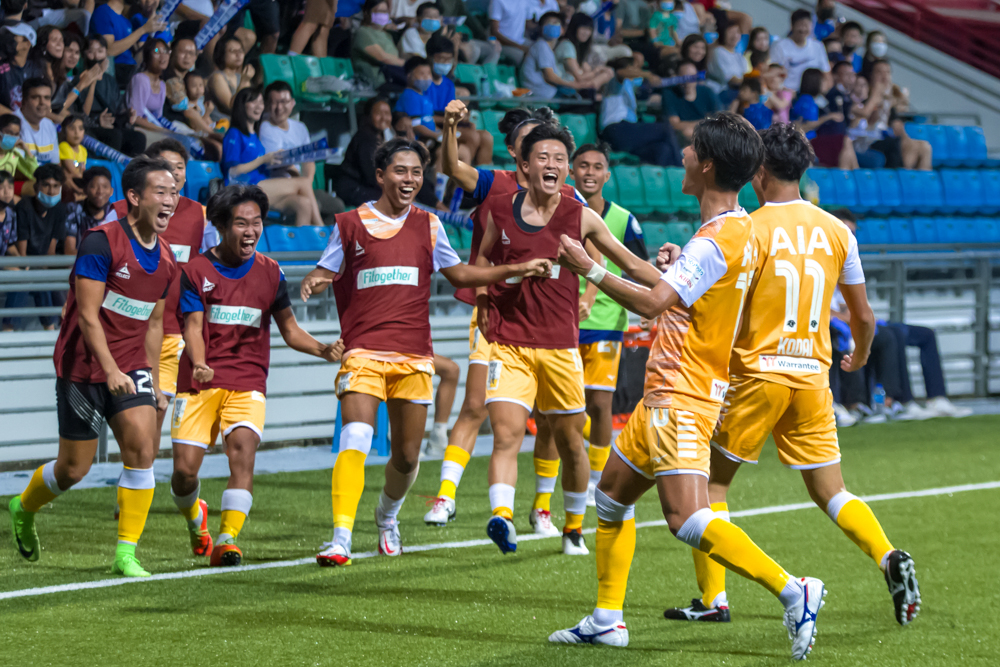 1-2, the White Swans have turned the game around and Tanaka's spectacular strike will certainly be a candidate for goal of the season come season end. 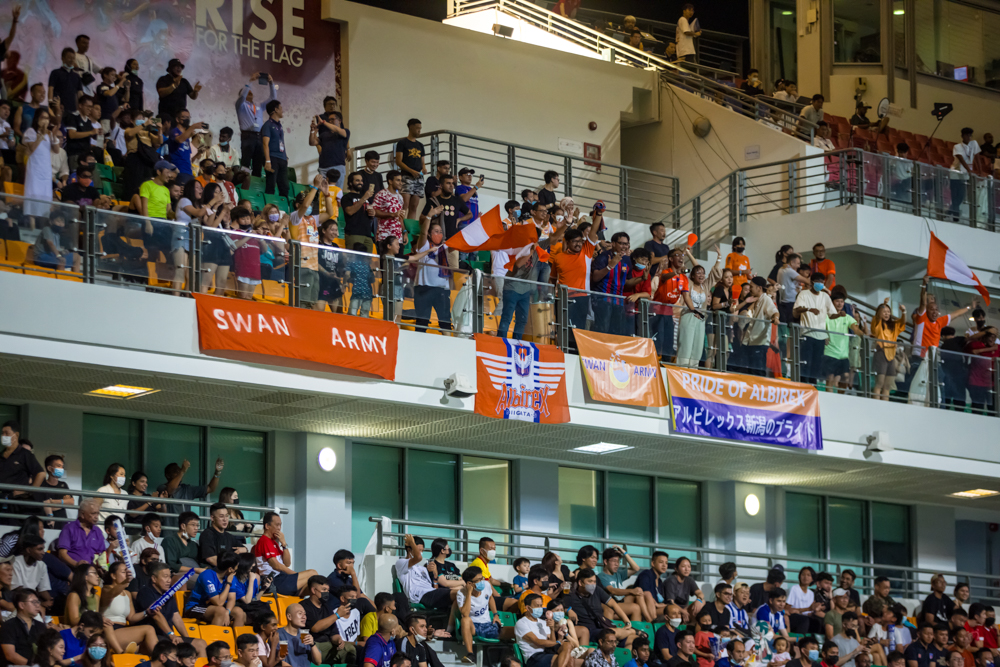 The Sailors threw on star wingers Faris Ramli and Gabriel Quak in search of the equaliser. Faris Ramli had an excellent 1v1 situation in the 93rd minute when he broke down the left wing. However, to the relief of the White Swan's supporters, Ramli dragged his shot wide. 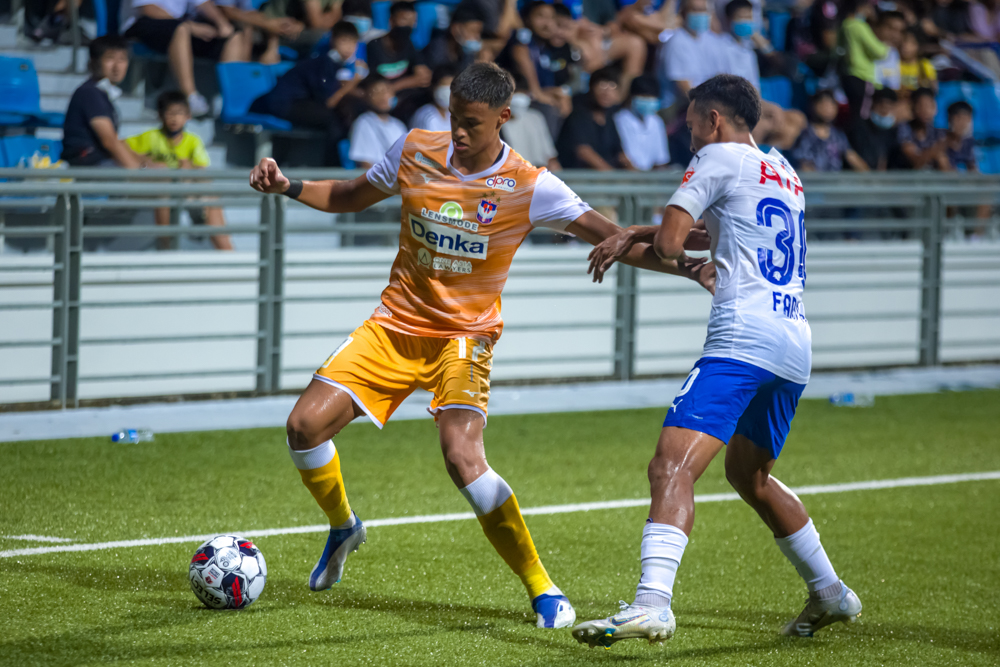 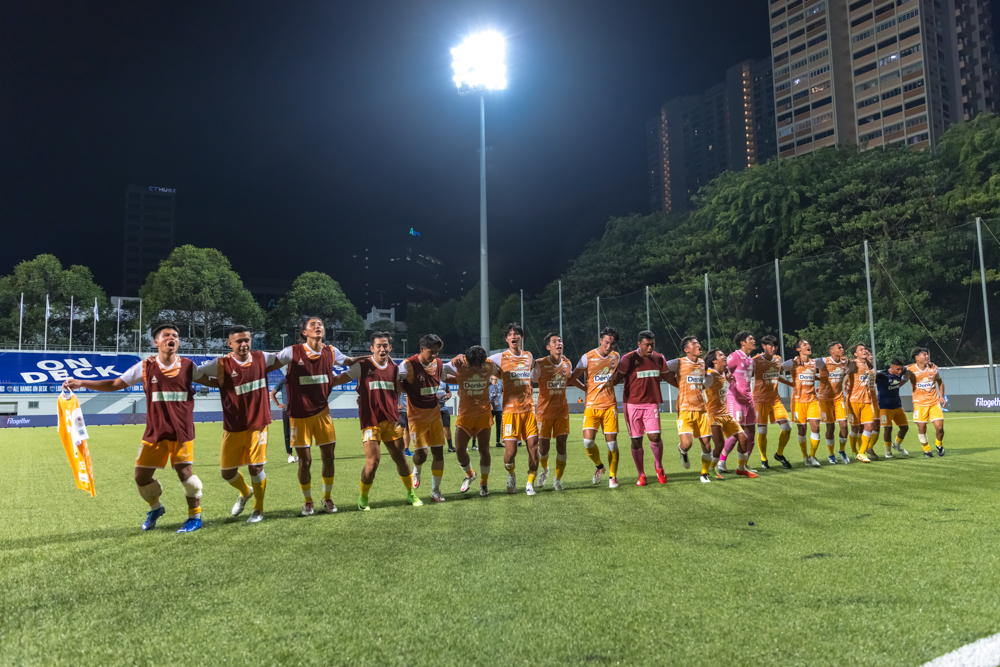 With this victory, Albirex is still second in the league table with 25 points from 12 games, while Sailors is on 28 points. The next game for Albirex is 4 July (Monday) when they host Tampines Rovers at Jurong East Stadium. Kickoff is 7.45pm.