Report2021/4/18
A perfect hattrick means to score with the right foot, the left foot and the head. White Swan's striker Tsuboi Kiyoshiro did just that this evening against Tanjong Pagar Utd in a 6 nil blitz of the Jaguars.

As the Ramadan period has just begun, kickoff for all matches are now set at 8.30pm instead of the usual 5.30pm on weekends.. However, the delay did not slow down the White Swans as they dominated proceedings from the start. 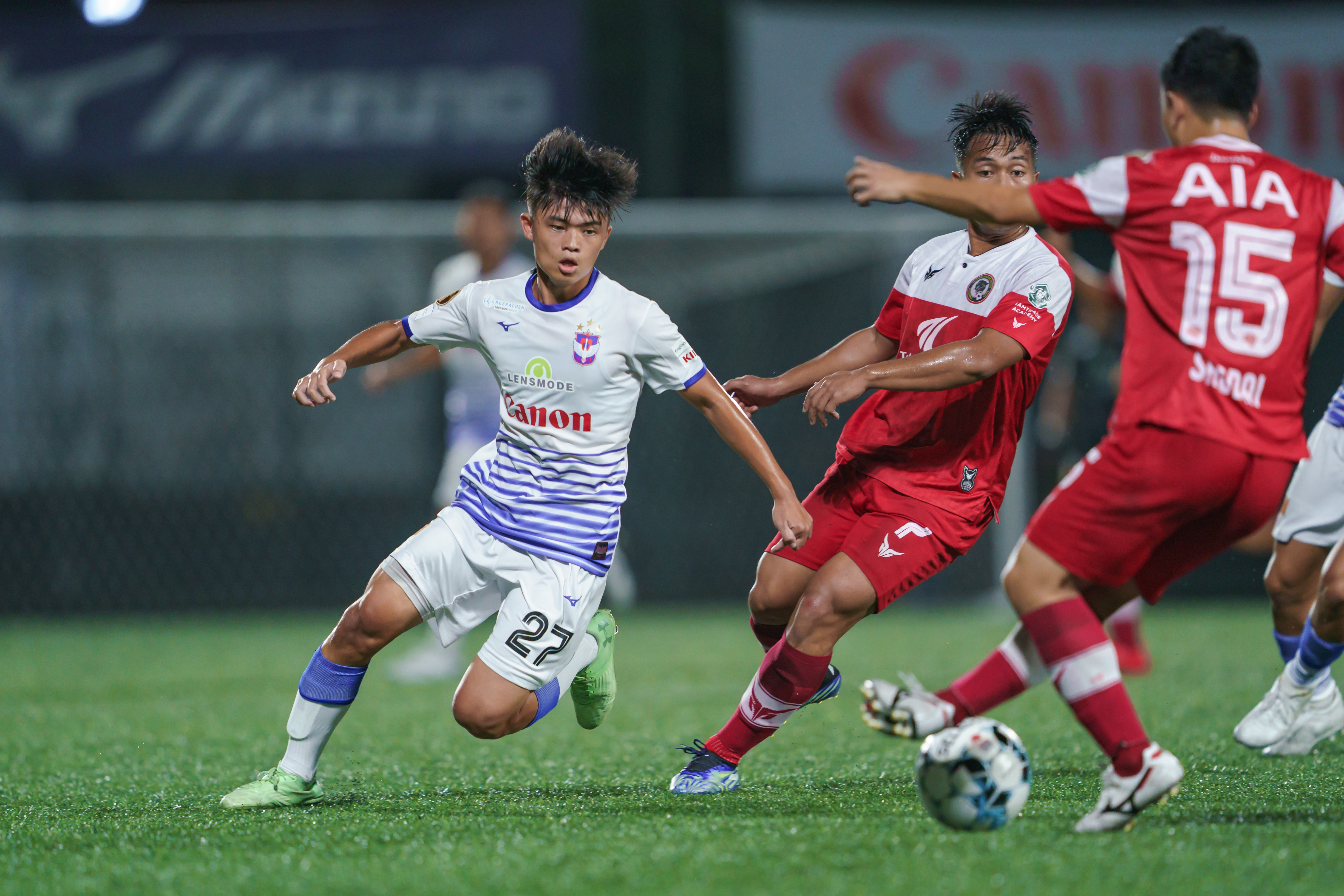 Jaguars keeper Fashah Iskandar made a couple of good saves in the first 30 minutes. Tsuboi then took over the game in a 9 minute blitz of hattrick.

Singaporean winger, Ong Yu En stole the ball in midfield and tapped the ball to Tsuboi in the 32nd minute. Tsuboi decided to dribble the whole Tanjong Pagar defence and slide the ball into the net with his left foot. 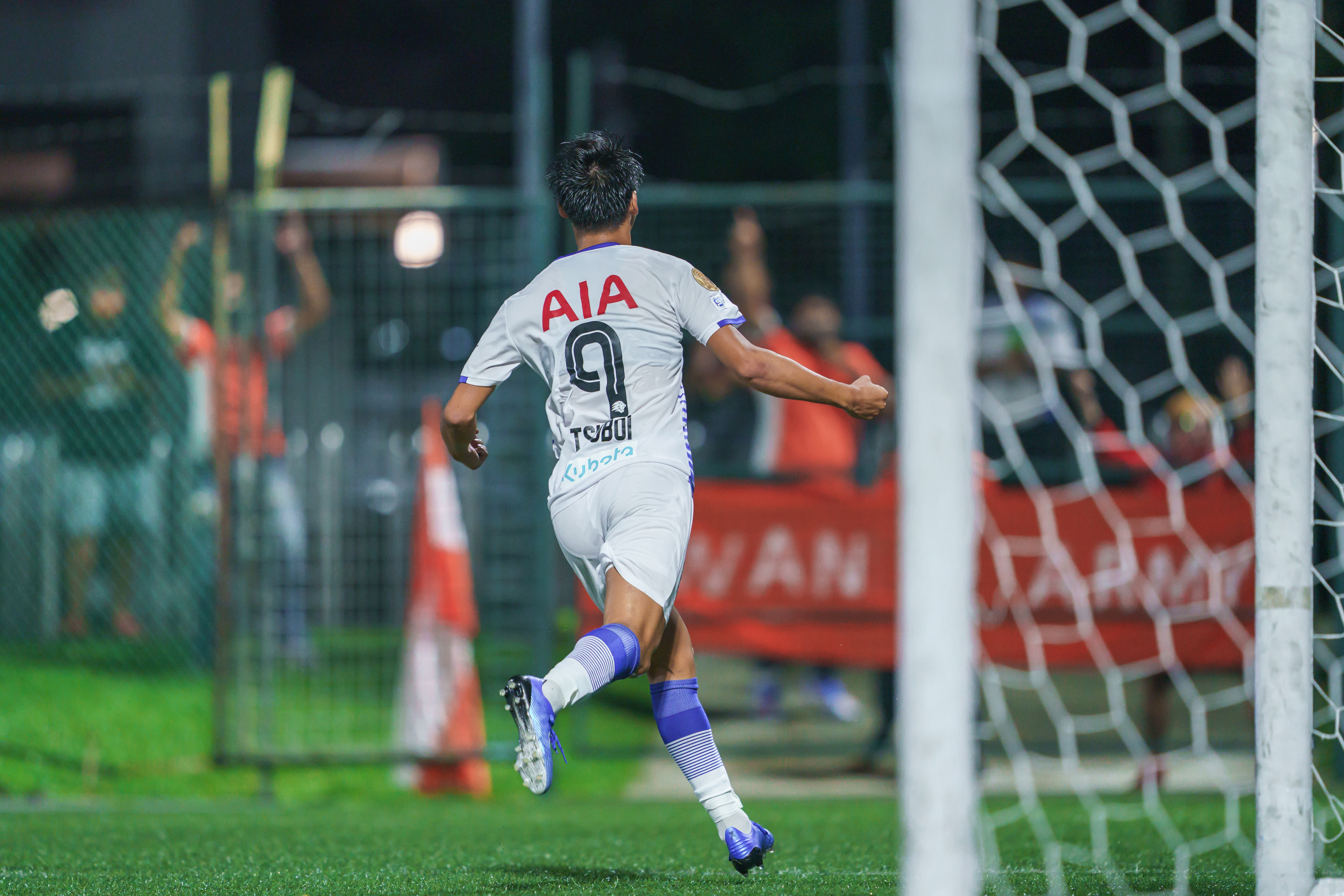 5 minutes later, Tsuboi received the ball in the left wing in a counter attack. He cut into the right and unleashed a shot with his right foot into the net. 2 nil to Albirex. 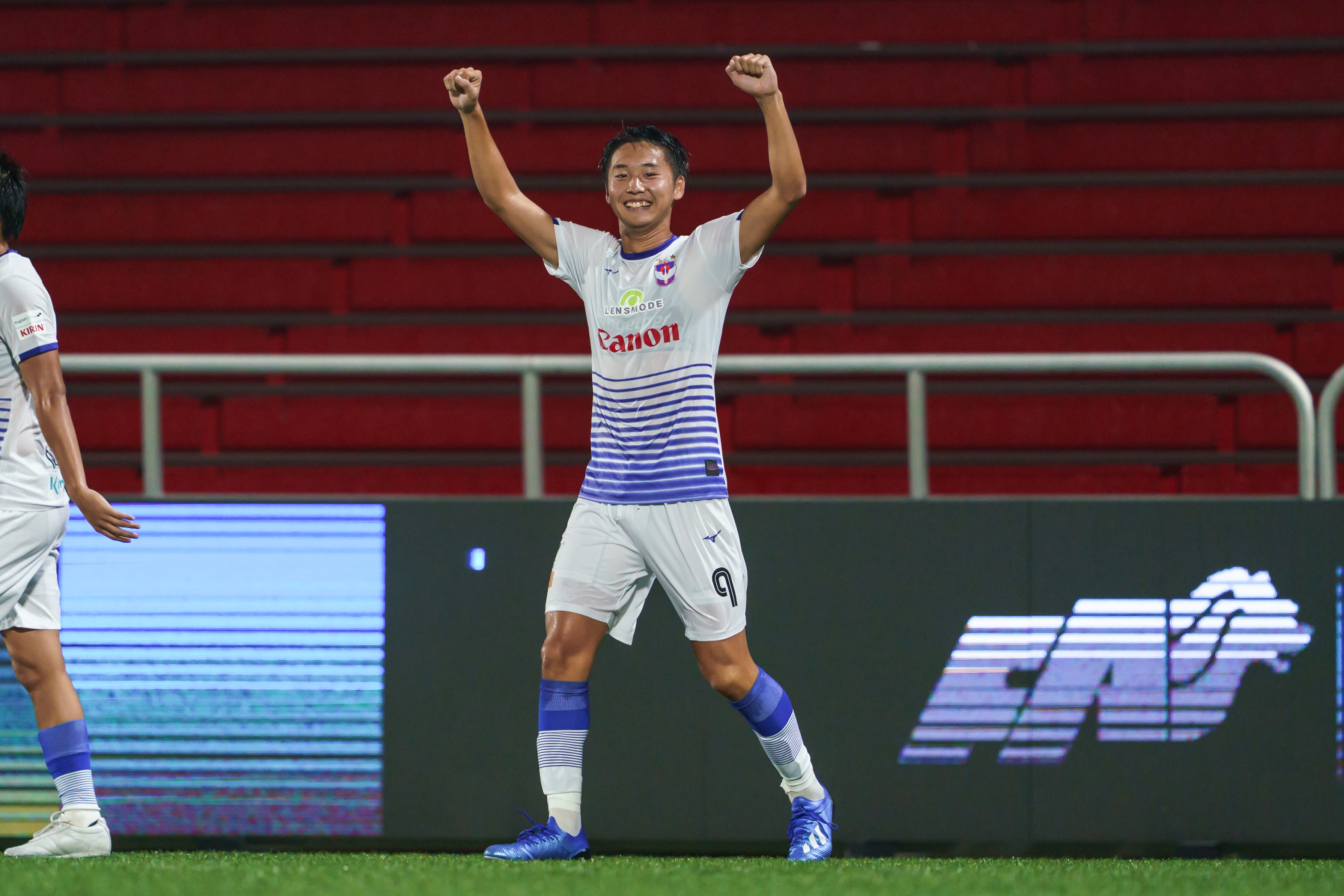 The White Swans went into half time with a 3 nil lead.

2nd half substitute Kondo Kuraba scored 2 more goals, sandwiched another goal from Ryoya Taniguchi to complete the 6 nil mauling of the Jaguars. 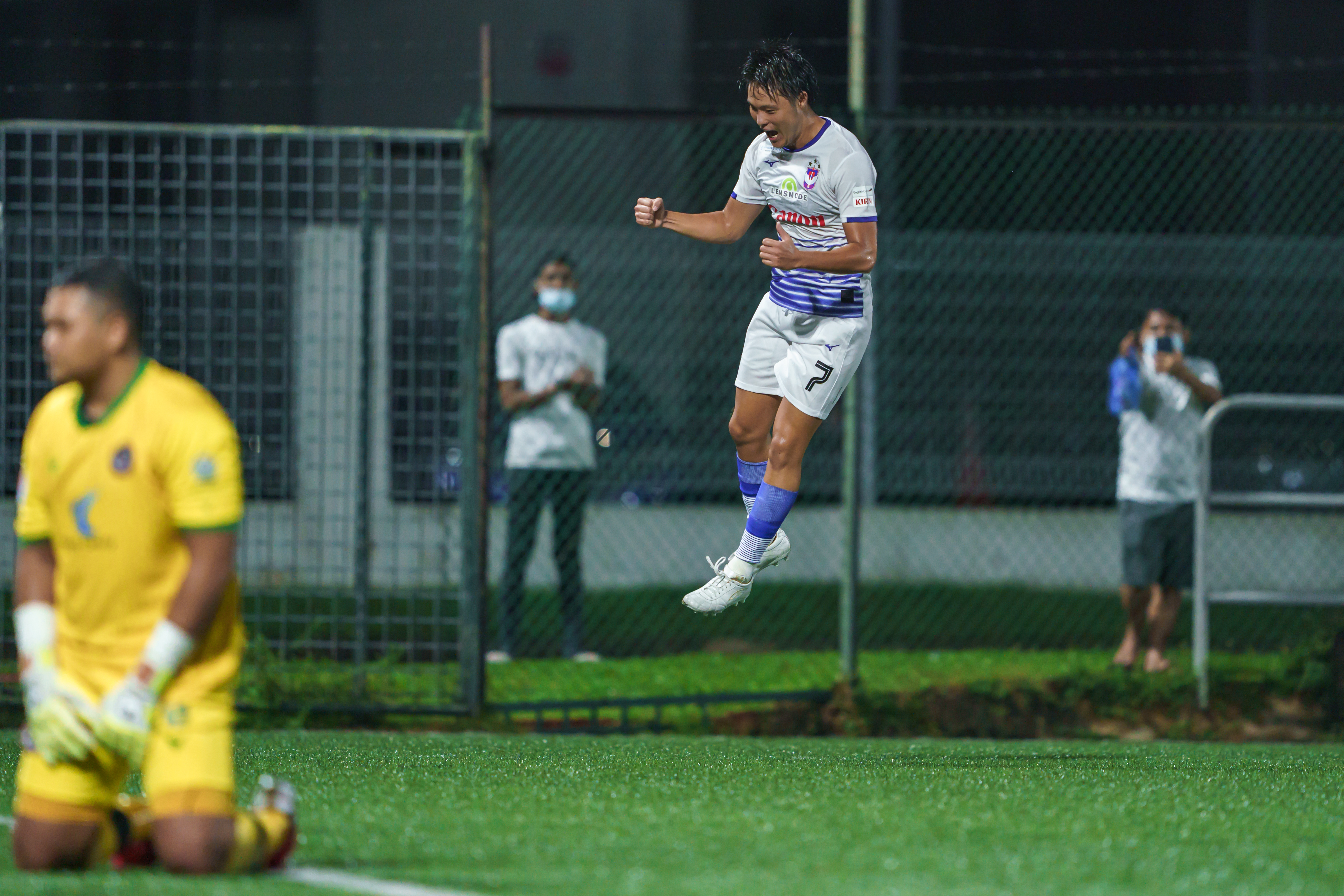 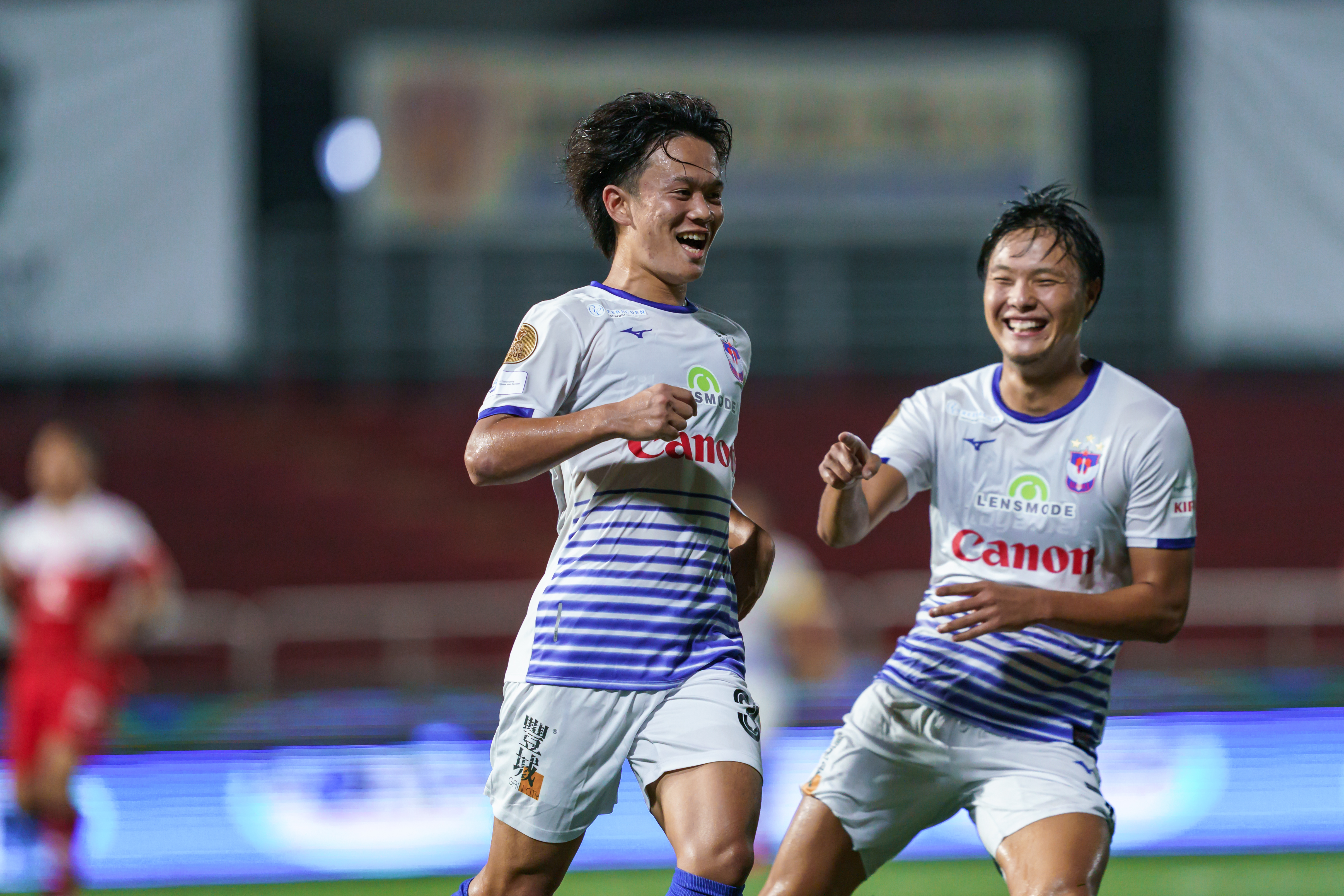 The night and the match ball belonged to Tsuboi though. He was given a standing ovation when he was replaced by Tsuruhara Kohga in the 90th minute. 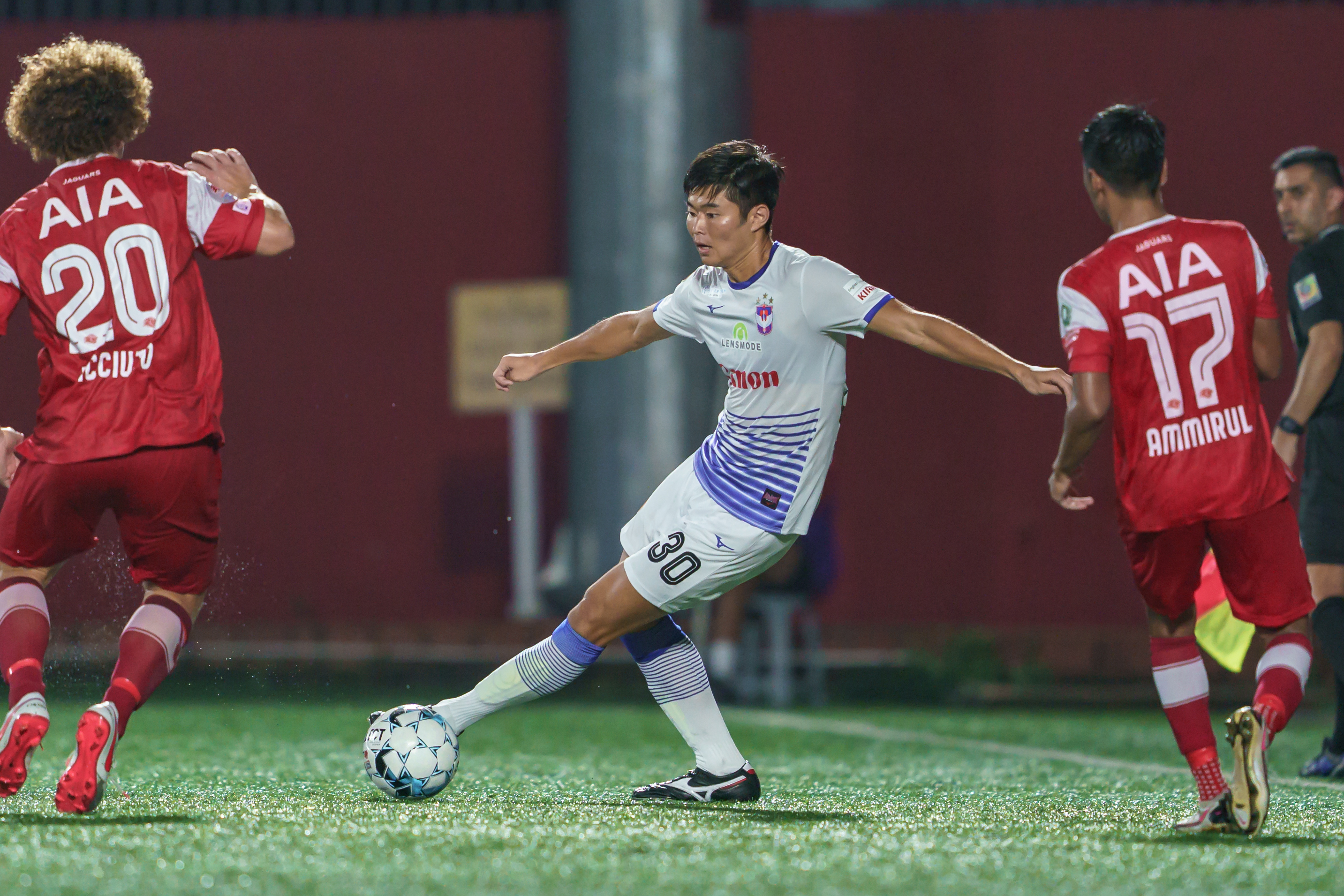 As 2nd placed Hougang could only managed a shock 1-1 draw with the Young Lions this evening, the White Swans extended its lead at the top of the table to 3 points with 5 wins and 2 draws, and a total of 17 points.

Albirex will next travel to Toa Payoh Stadium on 25 April to take on Balestier Khalsa. Kickoff is at 8.30pm.