Team2021/10/26
Thank you for your warm support. We are pleased to announce that we have appointed YOSHINAGA Kazuaki as a head coach of 2022 season. 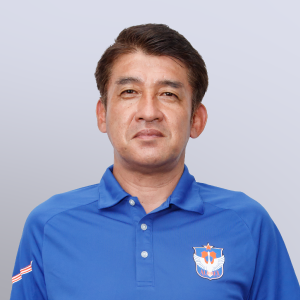 I have been appointed as head coach of 2022 season.
This will be my second time of appointment for this club following 2017 and 2018 season. Since the current situation of this club is different from the previous, I would like to work with the following goals clearly.

"Get The title back"
・To aim of having a team of players who can behave appropriately for the title and live daily to realize it.
・Continue to be a place where Singaporeans and Japanese will always compete on an equality, and all of us, including staff, will cooperate and work harder to be better daily.
・Show our brand of football that will make everyone who supports us feel excited, able to dream and have a good impression of us in all matches.

I believe that these pursuits shows the significance of our existence, so I would like to work together with all staff and all players.

I sincerely look forward to seeing you all of you at the stadium.
See you and thank you for your support.