Report2022/11/16
After surrendering a 3-1 lead at home in the first leg of the Singapore Cup Semi-final, the White Swans travel to Hougang Stadium this evening for a difficult second leg in a tough away ground.

Although the White Swans had 2 draws against Hougang this season at Hougang Stadium and would not have Kodai Tanaka available due to a toe fracture, they are still expected to have enough power to overcome the Cheetahs as the current league champion.

However, the aggression was missing in the first half and many long balls were pumped towards the Hougang defence which they cleared easily. The Cheetahs were the more enterprising of the 2 teams as their fast wingers stretched the White Swans defence time and again.

Expectedly, Hougang took the lead through Shawal Anuar when centre back Jun Kobayashi made a bad pass out of defence and the resulting ball was switch to the right winger Shawal Anuar who outsprinted White Swans left back Daichi Omori to score the opener for the Cheetahs.

The first half ended 1 nil to Hougang. 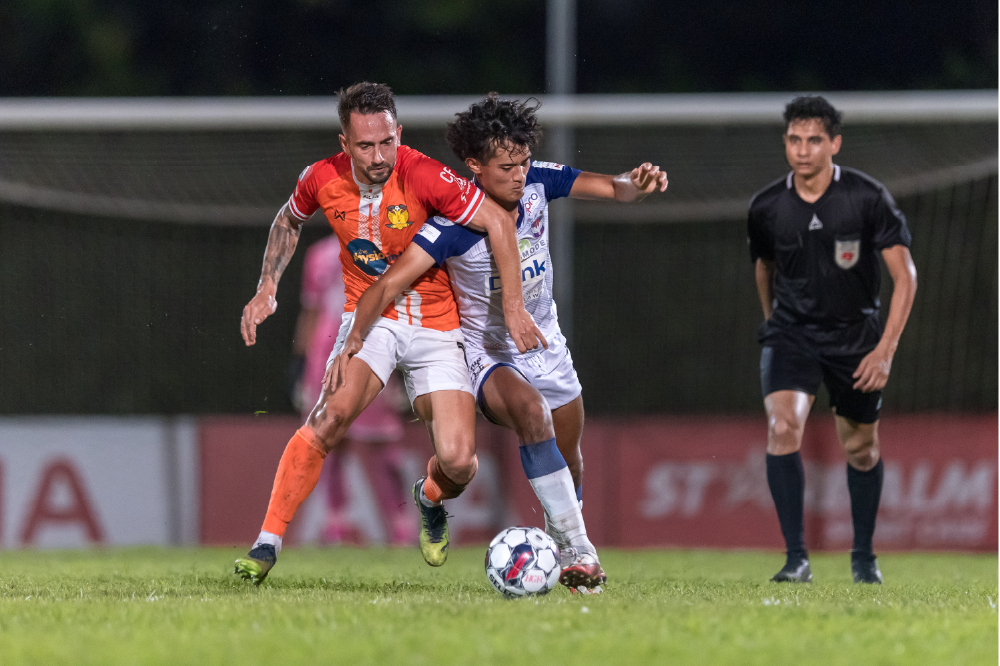 The second half followed the pattern in the first half. Hougang deservedly scored 2 more goals in the 57th minute and 74th minute to stretch the lead to 3 nil.

It was only after the 3rd goal that the White Swans attack woke up. Omori, who had a below-par semi final so far, swung in a beautiful cross which Young Player of the Year, Ilhan Fandi, rose highest to head in the ball. 1-3. 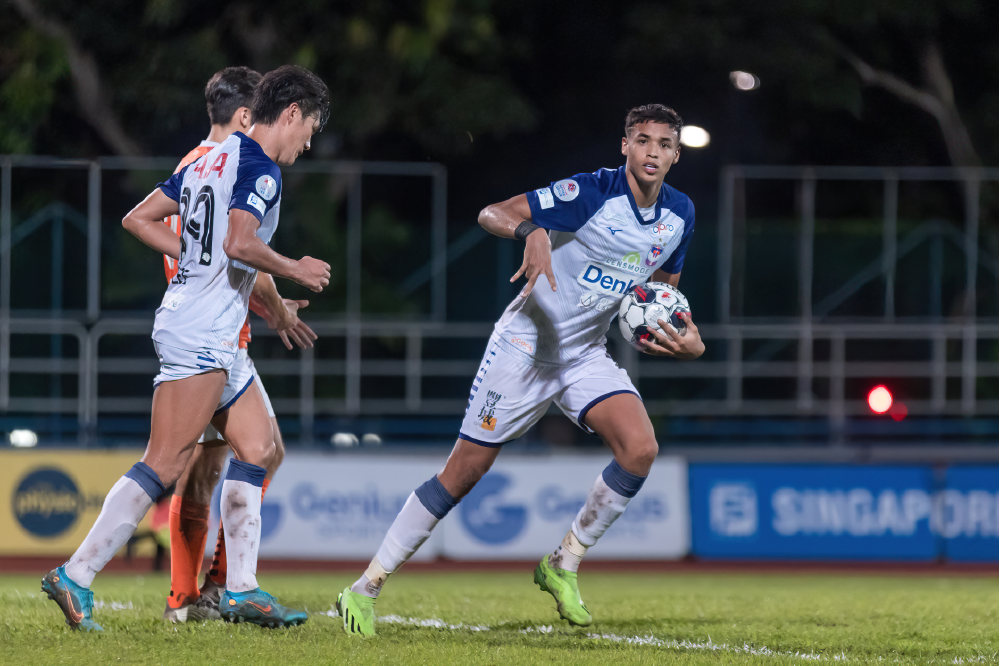 The White Swans piled on the attack and pushed up centre back Jun Kobayashi to attack. In the 92nd minute, striker Tadanari Lee headed in another goal. 2-3. Surely, there was not enough time for a comeback!? 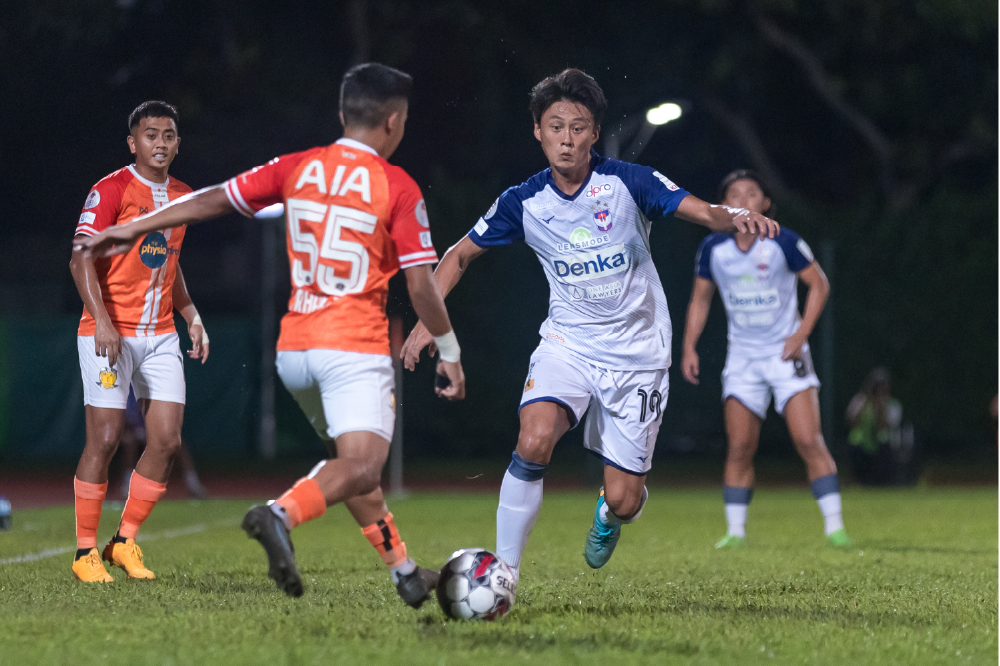 There was enough time for another goal though as the White Swans who were chasing the equaliser left a gaping hole for Kristijan Krajcek to exploit. He put the final nail into the White Swan's coffin as he scored a minute later.

The final score was 4-2 to Hougang's favour and they progressed to the Singapore Cup Final for the first time in their history. 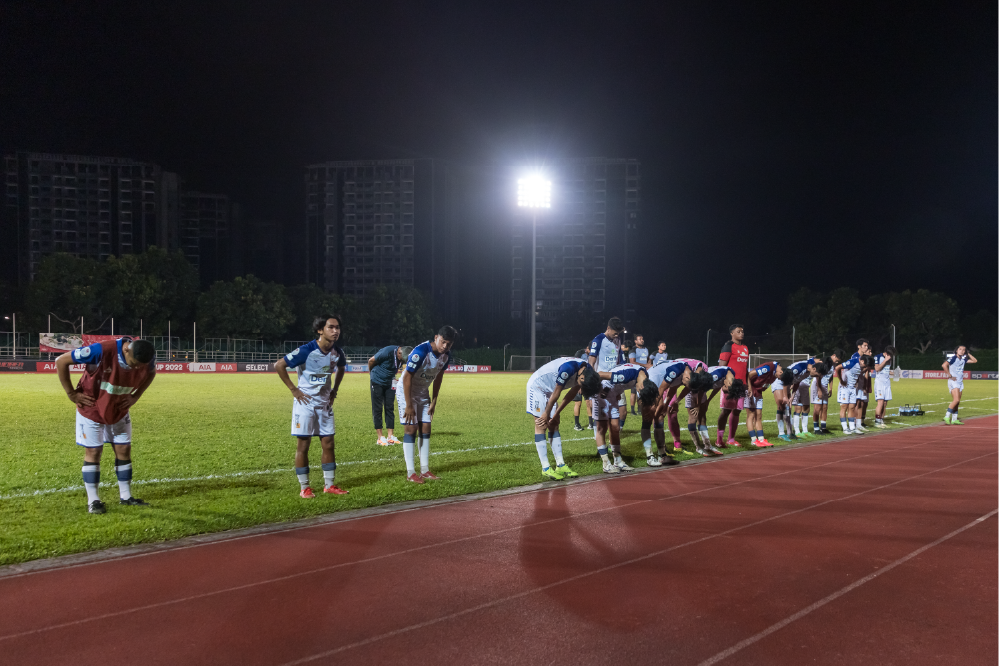 For the White Swans, they will have a 3rd / 4th placing match to play this Friday at Jalan Besar against Balestier Khalsa. Kickoff is 7.45pm